I caught a bit of the build-up for the Concert for Diana earlier and it was a weird experience, seeing them try to present Diana’s taste for anodyne mainstream 80s pop music (Elton John, Queen, Duran Duran, Wham, ABBA, Chris de Burgh) as though it was a revealing personality trait. 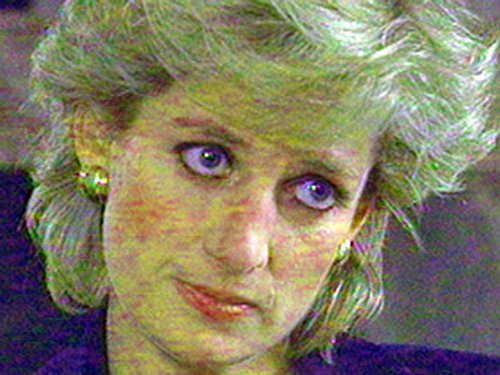 I’m not knocking her taste (except for Chris de Burgh, obviously); as a child of the 80s I have a soft spot for Duran Duran and Wham myself. But it’s not actually very interesting, is it? I suppose a senior member of the Royal Family listening to Wham on her Walkman around the palace was symbolic of a culture clash of a kind, but that says more about the Royal Family than about Diana. And the fact that she enjoyed meeting pop stars doesn’t exactly represent a deep engagement with music.

I don’t know. It just seems odd to project such significance on to one of the least interesting things you could say about anyone: she listened to Radio 1, you know. I suppose having a charity concert in her memory with music she liked is reasonable enough; it’s the soft-focus halo of what, sanctity? reverence? earnestness? forelock-tugging? that weirds it. But then the whole idea of a ‘people’s princess’ was always kind of creepy and parasitic.