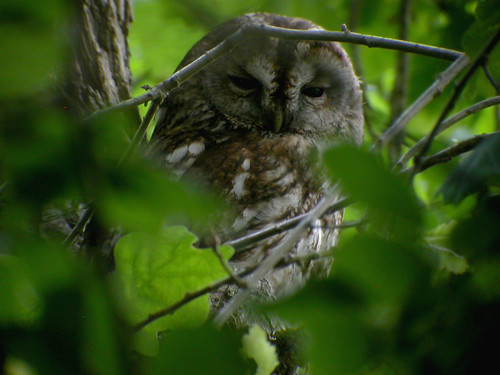 When I was a child, my family lived in a small house near a forest. At night, I went to sleep listening to the sound of owls and woodpeckers. They were pretty haunting sounds but I miss them. Now, nowhere near a forest, all I hear are crickets.

Despite yesterday’s owl, around here it’s mainly just police sirens and foxes. And frogs croaking in the spring.

I live in North Melbourne Australia and was woken at about 5.00 am this morning (17 September 2009) by the call of a tawny owl in nearby trees. What a treat!

Cool! I think it must be a different species, though, in Australia. But I’ve never met an owl I didn’t like :)