I went to Tate Britain today, mainly to see the Peter Doig, but while I was there I also had a quick look round the Camden Town Group exhibition.

Doig is a contemporary painter, born in Edinburgh in 1959 but brought up in Trinidad and Canada, who went to art school in London and now lives in Trinidad. So he certainly qualifies for an exhibition at Tate Britain — he’s at least as British as Greg Rusedski and a lot more British than Kevin Pietersen — but many of his paintings feature Canadian or West Indian landscapes. Or at least most of them are apparently composite scenes rather than pictures of anywhere in particular, but the influence is there.

He does large, rather beautifully coloured paintings which are largely landscapes, using that term broadly. The earlier ones are built up of lots of layers of different paint textures: washes, speckles, a few big globs, dry brushwork and so on. But each layer is very light; they’re not encrusted with paint, and in fact the texture of the canvas tends to show through. The total effect is subtle and atmospheric; almost kind of misty and ambiguous. The paintings really don’t translate well to small jpegs, so it doesn’t do it justice, but fwiw, the picture above is Jetty.

His more recent paintings tend to be much less elaborately textured, and overall I didn’t like them quite as much, but the best ones are still lovely. It’s always nice to go an art exhibition where most of the works are attractive objects. I’m not suggesting that it’s either necessary or sufficient that art is attractive, but the basic pleasure of looking at beautiful things is worth celebrating.

The exhibition website is full of stuff — yay for the Tate, who always do a good job of that — and there’s a nice little video interview by the artist. I found it froze a couple of times when I tried to watch it online, but there’s a link to download it at the top-right of the page.

The Camden Town Group were less exciting, for me. They were a group of Edwardian artists, with Walter Sickert the most famous, who lived in Camden (obviously) and were interested in urban subjects: cityscapes, the music hall, working class life. They painted rather drab Impressionisticky pictures which are sort of interesting but without much in the way of snap, crackle or pop. I think if I found one of these pictures in a second-hand shop, I’d think it was by one of the many many fairly talented but conventional painters who still churn out Impressionisticky landscapes all over the place. Obviously the work was a bit more radical at the time, but still… it didn’t do much for me. Here’s one of the few I really did like, a painting by Sickert of pierrots performing on an outdoor stage in Brighton in 1915.

Generally, though, it was most interesting as history and sociology rather than for the art itself. I think the gallery almost admitted as much by the amount of contextual material included: archive film, Suffragette pamphlets, music hall fliers, advertisements for the Underground. Perhaps that’s unfair.

» All pictures are taken from the Tate’s exhibition websites and are © accordingly.

Deep in the forests of Finland
where humans rarely go
are sometimes found unusual tracks
curving across the snow;

they’re rather like those of the stoat
but each is twelve inches by nine
And often nearby there’s a tuft of blue hair
caught in the bark of a pine.

If you spend a few years with the locals,
persuade them you’re discrete,
they may whisper of the iceweasels
that pad on hairy feet.

They say they live on baby elk;
cloaked by the night they creep,
and ever-so-softly snap the spines
of fawns while they’re asleep. 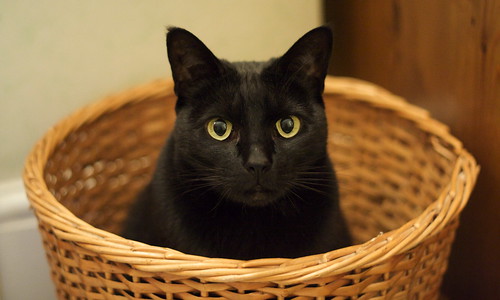 Birdwatchers know
the Cinnamon Owl
by its tempting aroma
and blood-chilling howl.
Indeed, with the owl
and the Aniseed Swan
the scent often lingers
after they’ve gone.