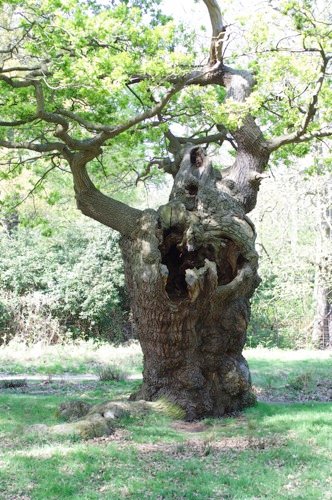 Not only is it green enough to feel like a bit of a break from the city, it actually feels significantly wilder than most of the actual countryside in the south-east of England. Having been enclosed as a royal deer park in the mid 17th century, it has just been grazed by deer for 350 years and has the distinctive feel of a really well-established ecosystem that hasn’t been messed around with too much. There are loads of mature trees — apparently including 1200 ancient trees, mainly gnarly pollard oaks — and some fenced-off areas to allow patches of woodland with more undergrowth, ponds, bits of gorse. On a sunny day it was absolutely lovely. And in the Isabella Plantation, which is an area of ornamental garden, the rhododendrons and azaleas were looking amazing, and the bluebells were just opening — they’re going to look spectacular in about a week — and it was a pleasure to be there. 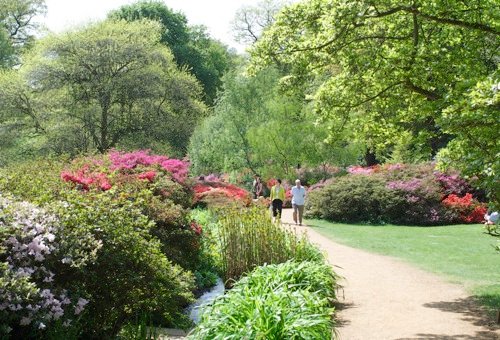 Plus whitethroat, blackcap, willow warbler, chiffchaff, skylark, stock dove, jackdaw, kestrel and so on. And two Egyptian geese with goslings, so that’s another exotic species to go with the parakeets that are all over the place. Apparently they have reed buntings, which I didn’t see, and lesser-spotted woodpecker, which I haven’t seen for years, so that’s two more reasons to go back some time. 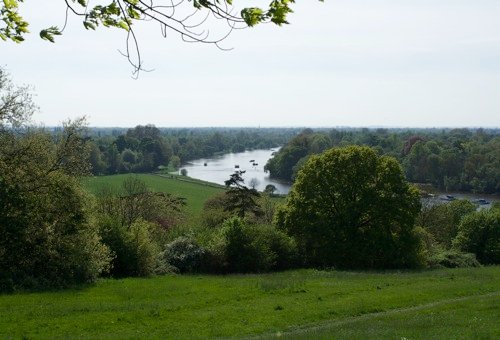 Oh, and slightly outside the park, the view from the top of Richmond Hill across the Thames is fabulous.