Aminatta Forna’s father was a doctor, then activist and politician in Sierra Leone, rising to be Minister of Finance for a while before resigning in public protest at corruption in the government. But she was born in Scotland to a Scottish mother while her father was studying medicine there.

Unfortunately politics in Sierra Leone was a dangerous business. We learn at the very start of the book that, when she was ten, her father was arrested and she never saw him again, but exactly what happened to him emerges over the course of the book, so even though it is in fact a matter of historical record, I suppose the polite thing to do is to issue a MILD SPOILER ALERT before I go on to talk about it. 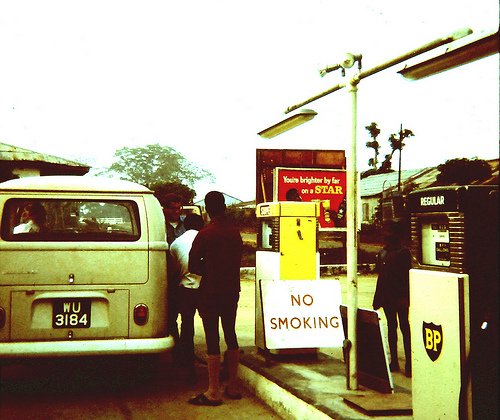 So, as I was saying, her father (along with fourteen other men) was arrested and charged on trumped-up charges of treason, inevitably found guilty, and hanged. They had supposedly been conspiring to blow up a government minister — an explosion at his house did take place but appears to have been staged for the purpose.

After that Forna moved to the UK permanently, but even before that she had moved frequently between Sierra Leone and the UK according to her father’s fluctuating political fortunes. That in itself would be an interesting subject for a memoir, of course, a mixed race girl with a childhood split between the UK and Africa in the 60s and 70s; but inevitably her father’s story dominates the book, and the second half is the story of her return to Sierra Leone decades later to learn as much as she can about the details of her father’s trial.

I’ve actually been putting off reading this book because it sounded a bit depressing. But once again it reinforces the basic truth: my enjoyment in books is much more dependent on the quality of the writing than the subject matter. I got pleasure from reading this book, despite everything, because it is very well written. The childhood stuff particularly; she’s good at capturing the limited understanding of a small child caught up in a complicated, adult situation.

I thought the second part, her return to Sierra Leone as an adult to investigate her father’s trial, was less interesting. Just because it’s incredibly predictable, really. It was a political show trial organised by a dictator, and it followed the familiar pattern: forced confessions, a jury stuffed with political partisans, a cowed judiciary, ‘witnesses’ motivated by self-interest or fear, the accused denied access to a lawyer. Of course I can understand why Forna felt driven to find answers, but whereas her account of her childhood is full of individual, unique details, the second part just feels weirdly like you’ve read it before. Still interesting, still worth reading, but not as engaging as the first part. 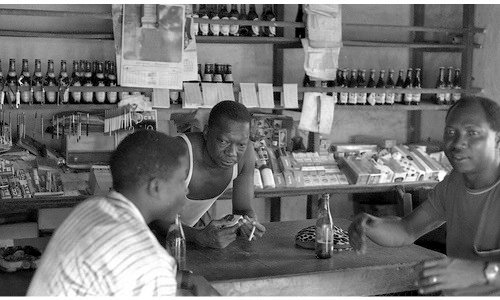 Anyway, here’s a  little extract, from a period when her father is in prison and she is living in London with her stepmother and her siblings.

I used to walk down a road, any road, and say to myself: If I can just hold my breath until I get to the end of this street Daddy will be released from prison. Or, if I was crossing a bridge and a train went underneath, I wished my father would be freed. Sometimes I’d stand there until train after train had gone by, eyes closed, amassing wishes. Three times over three years, as I cut the first slice of cake, I used my special birthday wish so I could have him back. I wished on the full moon and the new moon, and then any moon at all. At Christmas, if I found the silver sixpence Mum hid in the pudding, I wished for my father’s freedom. I wished for nothing else.

As time went on I increased my challenges: to reach the end of the road with my eyes closed without bumping into anyone or anything; to leap every other paving stone, dancing between them, promising myself that if I could make it ten yards, or twelve, or fifteen, I would somehow, miraculously earn his freedom. gradually I upped the ante: I’d work my bike up to speed then aim the front wheel at a pothole or a speed bump. If I don’t fall off, if I can stay in the saddle, then they’ll let him out of prison. Alone in the flat one afternoon I stood in the galley kitchen passing my hand as slowly as I dared across the ice-blue flame of the gas ring, once, twice, thrice, until the smell, like burnt bacon rinds, rose from the scorched ends of my fingernails.

There’s a good reason exile was once used as a punishment. It is life apart, life on hold, life in waiting. You may begin full of strength and hope, or just ignorance, but it is time, nothing more than the unending passage of time that wears down your resilience, like the drip of a tap that carves a groove in the granite below. Exile is a war of attrition on the soul, it’s a slow punishment, and it works.

The Devil That Danced on the Water is my book from Sierra Leone for the Read The World challenge. Incidentally, although this book is clearly about the politics of a particular country, the name of that country doesn’t appear on the cover once: there are four references to ‘Africa’ and none to Sierra Leone. I know that we have an unfortunate tendency to lump all of sub-Saharan Africa into one entity, but you might hope that the publisher would make some sort of effort even if no-one else does.

» BP Gas Station in West Africa, 1967 and Lansana Kamara (centre) at his store/pub in Kabala, Sierra Leone (West Africa), 1968 are both © John Atherton and used under a CC by-sa licence.