I’ve just been along to vote in the elections for mayor of London.

It’s a kind of alternative vote system; you can pick a first and second choice (but not a third and so on), and after the first round of counting, if no candidate has 50% of the votes, they eliminate all but the top two candidates and reassign votes according to people’s second preferences. 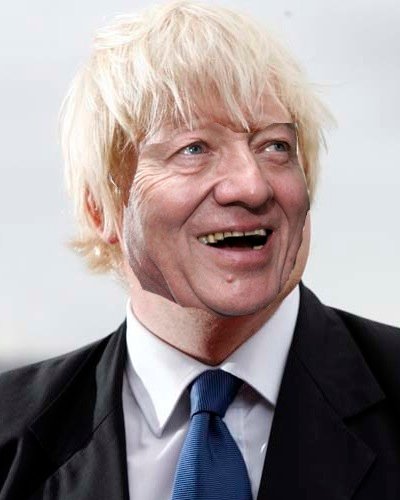 I think that’s clearly an improvement on a straight first-past-the-post system [FPTP], but I can’t see that it makes sense to fix it at only two rounds of counting — rather than, to take the simplest alternative, eliminating the candidates with the least votes one at a time, reassigning the votes, and doing it as many times as you need to.

So for example, there’s the question of proportionality: the number of MPs each party has in the  Commons is often wildly different to the percentage of votes they won nationwide. But there’s only one mayor, so that’s irrelevant to a mayoral election.

Also, since the whole of London is one big constituency, everyone’s votes count exactly the same; there are no safe seats where the voters can have little influence, or marginal constituencies that attract wildly disproportionate attention from politicians.

Having an alternative voting system solves part of the problem. It reduces the potential of spoiler candidates; what could be called the Ross Perot problem, of a minority candidate having a disproportionate impact because they attract just enough votes to swing the election. And it removes some of the bias against minor parties and new parties, since if you know you have a second choice, you can at least vote for a minor party without feeling that your vote is wasted. If you feel that the Green manifesto actually represents your opinions most accurately, but you’d rather have Labour than Conservative, you can vote Green without feeling that you are mainly helping the Conservatives.

However, cutting straight to two parties for the second round of voting still helps entrench the two party system. You can feel free to vote for a minor party for your first choice, but the tactical element just comes back in for the second choice, since there’s a strong incentive to try and guess which two parties are going to make the cut and vote for one of them, so that your vote counts for something. If ‘everyone says’ that Labour and Conservative are the two favourites, and your preference is, say:

then there’s a strong incentive to vote 1) Green 2) Labour.

That doesn’t seem ideal, but I don’t actually think it’s a major problem as long as there are two clear front runners. Being pragmatic with your second choice isn’t an outrageous compromise. But if the votes are reasonably closely split between three or more main candidates, then the whole thing breaks down again. Let’s say the minor parties have 10% of the vote between them, and Tory, Lib Dem and Labour are running in the polls at about 30% each: well, a tiny swing between any two of those will decide who gets through to the second round of voting, so we’re back to a tactical voting situation again.

Our hypothetical voter now has a strong incentive to vote 1) Lib Dem 2) Labour, and now they are compromising on their first choice.

And if there were four strong candidates, then the outcome would become even more random and the cut off of the top two for the second round of voting would be even more arbitrary.

It’s one of those things which is annoying because it’s so unnecessary. Why go straight down to two candidates? Why not have as many rounds of counting as it takes?