I’ve left this rather late today, with family christmas stuff to do and the Strictly Come Dancing final to watch, so here’s a quick one. This is Libelloides coccajus, and it’s the most startling insect I’ve seen in recent years. 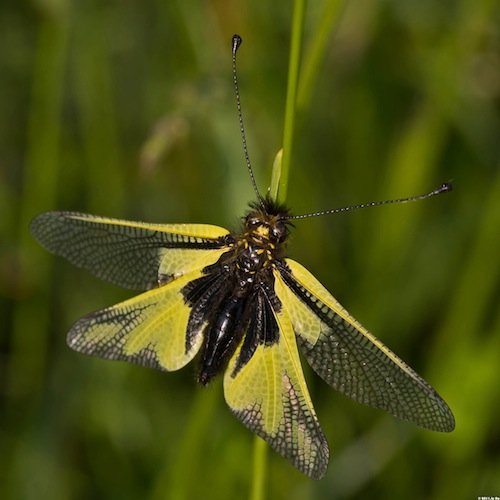 Startling because when I saw it in Provence I just had no idea what it was. I mean, it looked as much like a moth or a dragonfly as anything… but not really. I only considered those because I was completely stumped.

And it’s not that difficult to stump me — I’m no expert — but to see something as large and spectacular as this in Europe, and be unable to narrow it down beyond ‘insect’; it was exciting and frustrating.

I now know it’s an ascalaphid or owlfly. They are related to antlions, lacewings, and mantidflies — which makes as much sense as anything.

Loving your insects. I hope you don’t mind but I’ve posted some on Pinterest, all linked to your blog. Keep it up!