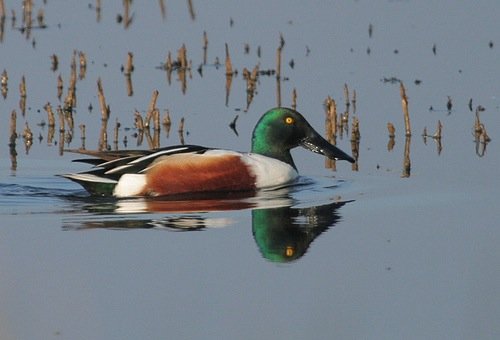 A chicken is really just a duck
who makes the lifestyle choice to cluck.

BBC News has the story of a hunter who shot a duck, and took it home and put in the fridge thinking it was dead. According to the BBC:

The plucky duck was taken first to a local animal hospital, and then to an animal sanctuary for more specialised treatment. A veterinarian at the sanctuary said he thinks the duck will live, but will probably never be well enough to be released into the wild.

There’s something odd about taking a duck to the animal hospital when you yourself were the one who went out and intentionally shot it. Presumably the hunter knows how to wring a bird’s neck? Why not just put the poor maimed bird out of its misery and then eat it?