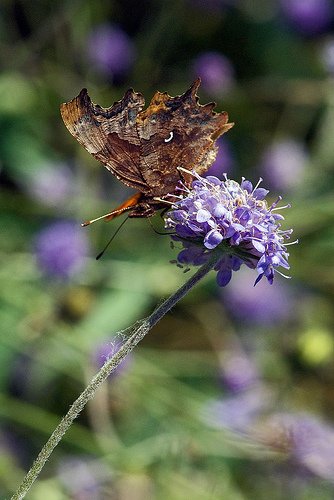 I am endlessly fascinated by the people who are, by their own account, in a constant state of simmering rage at having to overhear other people’s uncouth language. This comment was in response to an article in the Sunday Times:*

Couldn’t agree more abouyt the dumbing down of the nation. Just listen to a conversation between a group of people under the age of 25. It seems to be cool to speak like a complete thicko these days, no longer something to be ashamed of. The one thing that really grates on my nerves is to hear people using the child-like term ‘train station’ instead of ‘railway station’- the mark of the true dumbed-down chav. The other thing is how some apparently intelligent people think its cool to continually use swear words in public-in bars, buses and trains etc-even at the ‘Train Station!’ Most of the this dumbed down class wouldn’t understabnd a single Monty Python sketch-they simple don’t have the educational background.

OK, this is the usual stuff: the suffering of psychic violence when exposed to casual speech, the fear of the demotic. But the idea that the mark of a ‘true dumbed-down chav’ is that they say ‘train station’? That’s genius.

*admittedly, it’s a Jeremy Clarkson article, but even so.

Peter has an amusing post over at slow reads about a particular linguistic bugbear:

For my entire five-year teaching career, most students have addressed me as “Wait,” as in “Wait, do we need to write this in our sketchbooks?”

These little verbal tics just don’t bother me, and I offer sincere thanks to whichever deity is responsible for the fact. Because it could so easily have happened; I care about language and have copious supplies of pedantry. I should be a natural candidate for writing snippy letters to the Times about young people who say, like, whatever, and supermarket signs which mention ‘eight items or less’, but no, I just don’t care. Even the greengrocer’s apostrophe: meh.

And if perfectly innocuous colloquial language used by well-meaning people sets your teeth on edge, I can only assume you must walk around in a constant state of seething irritation. It must be like having someone following you around, standing just behind you and scraping their fingernails on a block of polystyrene. And we should save all that useful anger for something important, like stupid font choices.

My easy-going approach to language isn’t limitless. One thing that really, really winds me up is when people take it on themselves to correct what they perceive as my errors. The all-time winner being someone who, in apparent seriousness, told me that the ‘correct’ plural for octopus is octopodes. ‘Because it’s from Greek, not Latin’.

» apparently, if you do suffer from verbal ticks, there are special tools you can buy. Including a lasso.