I picked this up because it was around the house and I was looking for something to read, but it turns out the author is from Mexico, so I guess it’s my book from Mexico for the Read The World challenge.

This is a very short novel — 67 pages — narrated by Tochtli*, the young son of a drug dealer. He lives entirely surrounded by adults — a maid, a cook, two armed guards and a tutor — all of whom indulge his eccentricities out of fear of his terrifying violent father. He has a collection of hats and a desire to own a pygmy hippopotamus to go with his father’s various exotic animals, including two tigers.† The story really is of a child’s mind being warped by his surroundings; by his father’s lessons about how to be macho, and above all to avoid being ‘a faggot’, by his conversations with his father about how many shots it would take a to kill a man in different parts of the body, and by the evidence of corruption and sex and violence around him.

So at the start, although it’s disturbing the way he parrots his father, he still seems rather innocent; by the end you are wondering if it’s already too late for him, if he’s damaged beyond repair.

Having this horrible situation told in a child’s voice is an effective and creepy device. It’s also genuinely funny in a dark grotesque way. I enjoyed it.

*‘Tochtli’ is the word for rabbit in Nahuatl, and all the Mexican characters have Nahuatl animal names; so the father is called Yolcaut, ‘rattlesnake’, and so on.

† Hippopotamus is, somewhat famously, now an invasive species in Colombia after some escaped from the ranch of the drug baron Pablo Escobar.

» The photo is of the original entrance to Pablo Escobar’s hacienda. The plane is a replica of the one Escobar used to carry his first shipment of cocaine to the US. The hacienda is now a theme park; you can see the entrance in the background. “Pórtico Hacienda Nápoles” by XalD – Own work. Licensed under CC BY 3.0 via Wikimedia Commons. 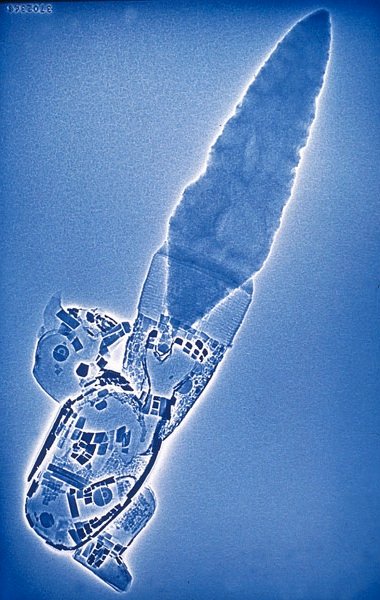