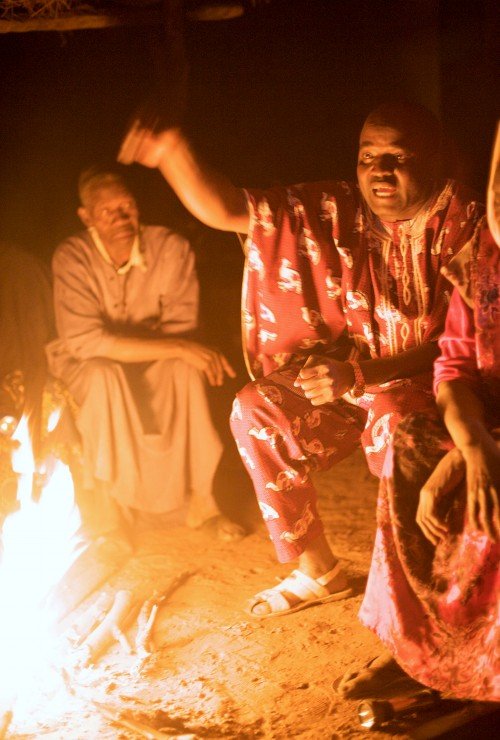 For those of you who don’t know, Stewart Lee is a stand-up comedian. This book is built around the transcripts of three of his shows, each heavily footnoted with his own technical comments: why he thinks things are funny, notes on delivery, where jokes came from, his comedic influences and so on. Preceding each transcript is a chapter explaining that show’s genesis which inevitably involves a lot of stuff about his personal life and the state of his career. The result is a book which combines autobiography with a lot of thoughtful commentary about the art of stand-up.

I was going to say that the book serves as a record of the stand-up routines, but perhaps that’s not right. To quote one of the footnotes, on the subject of the video embedded above:

The chiselling here, where I tapped the mic stand with the mic, went on at some length, sometimes uninterrupted for minutes at a time, with me varying the rhythm and intensity of the tapping. This doesn’t work on the page, and ideally, my ambition is to get to a point where none of my stand-up works on the page. I don’t think stand-up should work on the page, so the very existence of this book is an indication of my ultimate failure as a comedian. The text of a stand-up set should be so dependent on performance and tone that it can’t really work on the page, otherwise it’s just funny writing. You don’t have to have spent too long thinking about stand-up to realise that even though critics and TV commissioners always talk about our art form in terms of its content, it is the rhythm, pitch, tone and pace of what we do — the non-verbal cues — that are arguably more important, if less easy to identify and define.

So the DVDs are the record of the performance; the book is a critical commentary on the DVDs.

It’s certainly a slightly odd experience reading the routines on the page. They have relatively few clearly defined jokes in them, and although you can see where the humour is, they feel anaemic and formless without a performance to hold them together. And I’ve only seen some parts of the routines, on YouTube, and I know that they’re funny, but it’s hard to recapture that on the page. Even more so for the bits I haven’t seen before.

It’s a fascinating form, stand-up. Lee draws a comparison with fooling and clowning traditions, like the pueblo clowns of the southwestern US, who are given special licence to behave in disruptive, socially transgressive ways. And I can entirely see the strength of that comparison. The comparison that occurred to me, though, was with oral traditions, whether the verse traditions of Homer and Beowulf or non-verse oral storytelling traditions. You have one man standing up in front of a crowd and entertaining them by performing long stories from memory, but with a degree of flexibility and improvisation, varying from performance to performance. And one reason that stories from oral cultures often seem slightly odd when you read them may be the lack of performance. Of course in many cases, not only do we have a recording of the actual performance, we don’t even have a verbatim transcript of one particular telling of a story; instead we have some well-meaning anthropologist’s version of what the story is about.

Anyway, I have wandered off topic. It’s a good book.

I went today to a talk with Margaret Atwood and Robert Bringhurst about his translations of Haida oral literature.

‘Oral literature’ is technically an oxymoron, I guess.

The Haida, btw, were a Native American people living on islands in the Pacific Northwest – off the coast of what’s now British Columbia. The subject matter itself was interesting – insights into the Haida culture and all that. I think I’ll probably order the man’s book, although annoyingly it looks like I’ll have to order it second hand from the States. But I got thinking about more technical aspects of oral ‘writing’.

First thing: each rendition of these stories would be different, of course. We tend to talk about that, though, almost as a by-product or an inconvenience resulting from the medium. But probably it was regarded as a good thing, and a storyteller who could retell a story in a fresh way would be valued, just as we value stand-up comedians like Eddie Izzard or Billy Connolly. Taking that thought further, it would be great if you could pick up a favourite novel – Pride and Prejudice or whatever – and it was slightly different from last time you read it. The characters would be the same, and the plot would be the same, but some scenes would be expanded or contracted; the enmphasis could be different, the dialogue could be different. The possibilities would be endless; yet it would still be the same novel. Perhaps sometimes you’d feel disappointed that a particular aspect was lost from last time you read it; but perhaps there’d be some brilliant vignette that was new.

Second thought: An oral culture would be one circumstance where the idea of memetics might be somewhat rewarding. I’m persuaded that the gene/meme parallel is an accurate one, on a very reductive level. But most practical examples seem uninformative, because they tend to be reduced to such a simplified model – the spread of a meme in the blogosphere or whatever. Part of the reason that our culture is not very usefully compared to biological evolution is perhaps the ability to store and share information exactly, so ideas and texts rapidly reach a stasis in the way they’re presented and spread extremely rapidly, so cultural evolution tends to move in jumps and continuity is lost. An oral storytelling culture – assuming that one still existed and the ability to record and exmine the output was there – would act in a way rather closer to genetic evolution. Continual semi-random incremental changes when a storyteller retells a story, other types of changes when someone tells a story they learnt from another – the possibility of tracking change would be stronger. Would it actually tell you anything profound about people or poetry (or biological evolution) that common sense doesn’t? Probably not.

It’s a pity that storytelling has lost its audience. Yes, we can read now, but there must be virtues in an unscripted (if not unplanned) oral performance that we could learn from. And theatres are suitable venues. Hell, we could buy performances on DVD, although that would tend to reinforce the idea of a definitive performance and drain the spontaneity out of the exercise.

An interesting thing he said. He’d already said that these stories – some of which are epic in length; he mentioned an eight-hour performance – were not metrical, and someone asked why he called them poetry. I was expecting him to come up with some kind of answer about compression or sonic qualities – one of the things we grasp at when trying to justify free verse as poetry. In fact, though, he said that they were structured more like European classical music; that the structuring wasn’t clear on a line-by-line basis, or even from reading a whole poem, but that when you’d read enough examples, the common structure became apparent. So if you just listened to one Beethoven symphony, it might not be clear what made it a symphony; but if you listen to a lot of Beethoven symphonies and compare them to Haydn and Mozart, you can start to understand the similarities. He described the structure as ‘fractal’ – typically five broad divisions (movements? acts? fitts?), each divided into five shorter episodes, further divided into five sub-episodes, and so on. He also mentioned the use of repeated themes and motifs in a way similar to music. I’m always a bit sceptical about poetry/music comparisons (or poetry/painting, music/painting, whatever), because such different media don’t seem to offer much scope for genuine comparison. And because the examples people come up with are so often flaky. He sounded pretty convincing, though.