I knew that jellyfish had a sessile stage in their life cycle — they’re related to sea anemones, and have a sea anemone like stage when they are anchored to rocks or whatever. But I discovered from Wikipedia today that it’s more complicated than that: for a start, the jellyfish/anemone thing (called a polyp) can reproduce asexually, budding off new polyps. But also, when it’s time to produce a mobile, sexual adult jellyfish, the polyp doesn’t detach from its rock one day and swim away. Instead, it buds off adult jellyfish which swim away, leaving the polyp where it was. 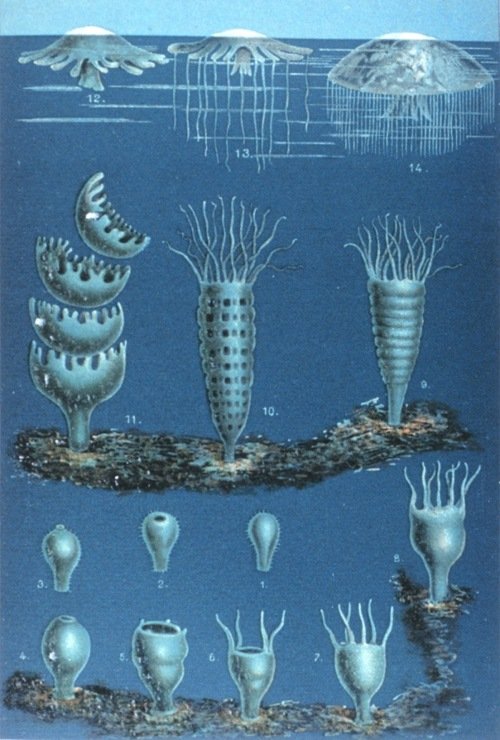 Which, frankly, is deeply cool. This image (found in Wikipedia) showing the life-cycle of the jellyfish is from Das Meer by Matthias Jacob Schleiden. As is this other rather fabulous image: 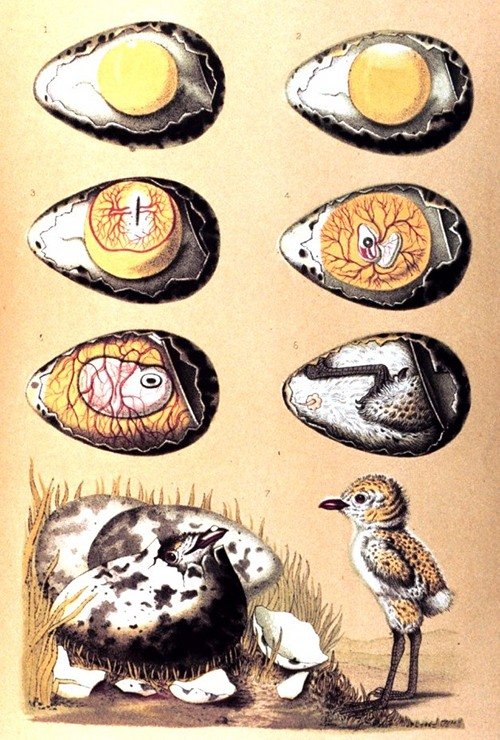 That might be enough random stuff from Wikipedia for one day.