Starting with the trainspotter-y listing details: I added three birds to my patch list and three to my British list, one of which was a lifer. Really, that’s not a very good score; I got two lifers and a patch tick in the first week of 2010. But the year had a few highlights nonetheless.

The patch ticks were all in Dulwich Park. One was a fieldfare which turned up when it was snowy in February, which was pleasing but if anything slightly overdue.

There was also a peregrine falcon I spotted flying high overhead in March, which wasn’t actually the first time I saw a peregrine in Dulwich Park; it’s just that the first time, many years ago, what I’d actually seen was a pigeon from a funny angle. It was only a fraction of a second before my conscious brain kicked in, but for that moment I ‘knew’ it was a peregrine (Ivory-billed Woodpecker, anyone?). Back then it would have been a truly staggering sighting; but in the last 15 years London peregrines have gone from 0 to 18 breeding pairs. Which is great news, but downgrades my peregrine sighting from ‘staggering’ to ‘exciting’. 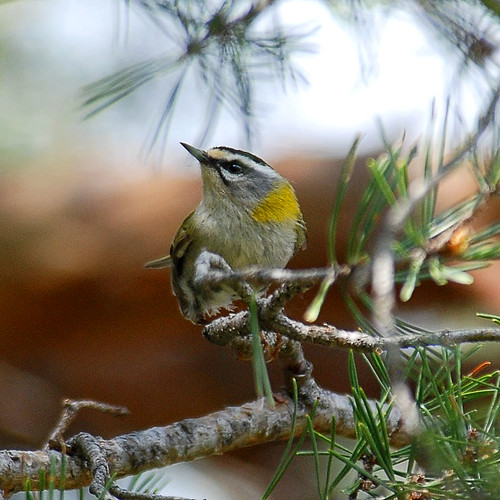 And finally, I saw a firecrest, which was a very gratifying reward for all the times (hundreds? thousands?) I have seen goldcrests and dutifully checked for an eyestripe, just in case.

Two of the three British ticks were from the same jaunt to the Lee Valley Park in June where I had a good day, seeing I think eight species of warbler and hearing several nightingales. But I went there on an actual twitch to see the Savi’s warbler that had been hanging around for a bit. I definitely heard it (they have an extraordinary song) and I saw something which looked roughly like a Savi’s warbler and was in the right place… but was so distant it could have been a reed warbler that just happened to be in the same bit of reedbed. But it’s not a lifer or anything and I definitely heard it, so as far as I’m concerned that’s a tick.

And on the same day I saw a brown flash moving from one bush to another which, equally recklessly, I’m going to say was a Cetti’s warbler. Again, it was definitely there — it was singing beautifully — and it’s not  a lifer, so I’m happy to count it on my British list.

And the third British tick is, slightly embarrassingly, really, little-ringed plover. Which is an attractive wee beastie — the eye-ring makes all the difference — but which lacks the real star quality I’m looking for in my Bird of the Year.

I didn’t see anything new in Provence, but I did get a nice selection of the classic Mediterranean species: nightingales singing all over the place, black kite, the inescapable Sardinian warblers; a short-toed treecreeper nesting under the tiles of the villa where we stayed; Dartford warbler, subalpine warbler, woodchat shrike, woodlark, turtle dove. And one of the cutest birds EVAR, one which I haven’t seen for a few years, crested tit.

But my bird of the year was a species I’ve only seen once before, I think, in Norfolk many years ago, and that one was a female or a juvenile, so it looked, not wishing to be rude, a bit drab and nothingy. Whereas the male I saw in France looked like this: 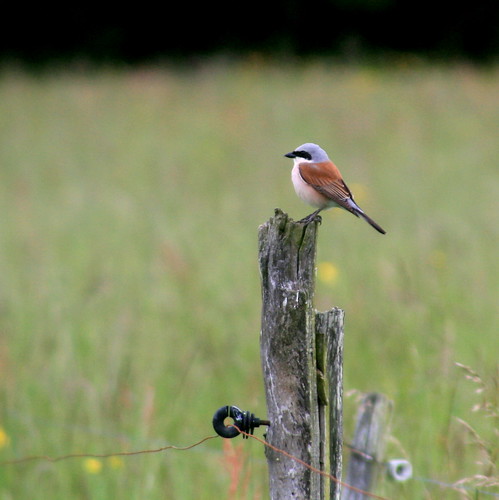 That is one good-looking bird. I just love that little highwayman’s mask it has, and it’s such an elegant colour combination: pink, russet, slate blue and black. Just as birdsong is often beautiful but doesn’t really sound like music, birds are often beautiful, but despite what the creationists will tell you, they don’t necessarily look designed. Or at least not by a designer with real flair. They look like what they are, things which have developed organically.

But there are some species where that organic process has produced something which happens to coincide with human ideas of stylishness, and the red-backed shrike is one of those. It looks fabulous. And that is as good a reason as any to make it my Bird of the Year for 2009.

» Firecrest is © Sergey Yeliseev and used under the by-nc-nd licence. Lanius collurio – Pie-grièche écorcheur – red-backed shrike is © arpian and used under a by-nc-sa licence.