I found Udo Schmidt’s amazing beetles photographs on Flickr and was like a kid in a candy store. I was very tempted by this longhorn beetle which looks like it was upholstered for a 1970s bachelor pad, or this one which is clearly a piece of military hardware. Or this scarab, apparently on his way back from a rave.

But then I found the leaf beetles, the Chrysomelidae. This is the insect of the day: Aspidomorpha miliaris, from India. 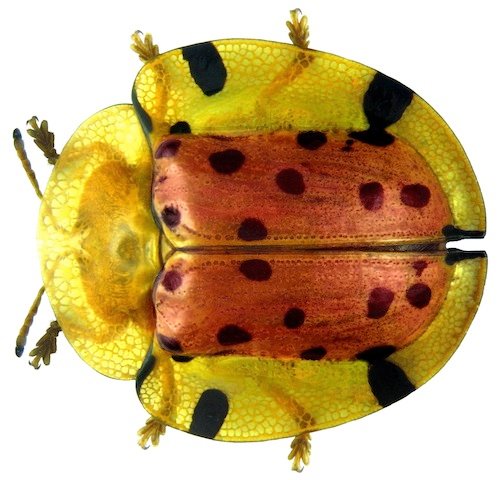 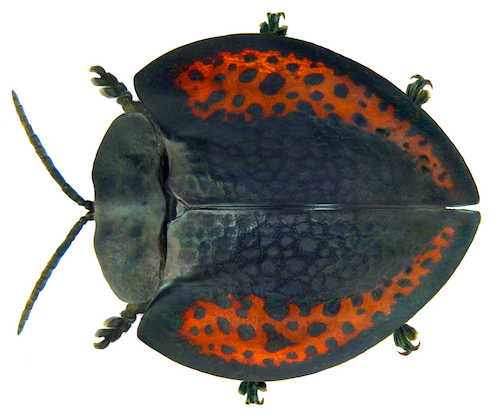 And one more for luck, also from Peru, Stolas discoides: 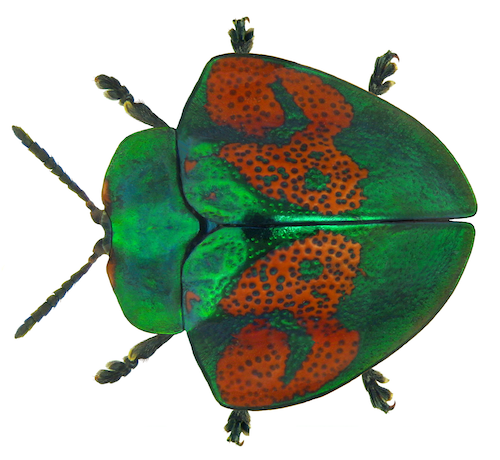 All pictures are © Udo Schmidt and used under a CC by-sa licence.