Perhaps velvet ants are one of those things that seem especially cool because we don’t have them around here.* But come on, it’s a black and red furry ant! Surely that’s cool by anyone’s standards. 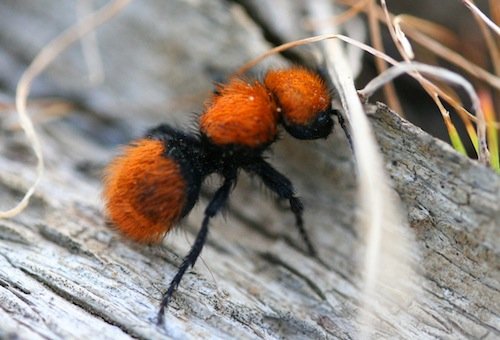 They’re not actually ants, they’re wingless wasps, and they have such a painful sting that their colloquial name is cow killer. A name which, admittedly, passes right through ‘cool’ and into ‘cheesy’.

This one is Dasymutilla occidentalis: 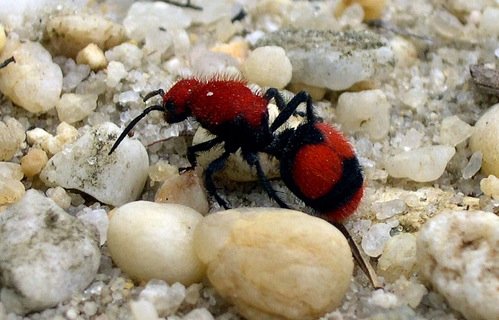 They are such fab looking things.

* To be strictly accurate, there are actually some velvet ants in Europe, and even a few in the UK. But I’ve never seen them, and they aren’t nearly as spectacular as the black and red species from North America I’ve illustrated here.