It’s a measure of how thoroughly miserable the weather has been that I just used the barbecue for the first time this year. But today it feels like summer. 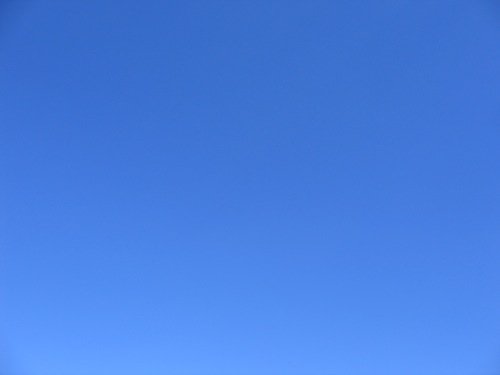 I just did some lamb, tomato salad and potato salad. The lamb was marinated in olive oil, garlic, lemon and oregano for that Greek flavour. I came up with what seemed like quite a cunning trick for the salads, though: I boiled some Anya potatoes, drained the pan and left them sitting for a while in a French dressing (olive oil, wine vinegar, Dijon mustard, honey, salt and pepper). Then I poured that vinaigrette off the potatoes to use in the tomato salad, and chopped the potatoes and mixed them with mayonnaise and a bit of parsley. That way the potatoes absorbed some of the flavour of the dressing, and the dressing got some extra savoury flavour from the potatoes. I don’t know how much difference it made to the tomato salad; it was certainly tasty, but you can’t go far wrong with tomatoes, shallot, fresh basil and some French dressing. The potatoes were really good though.

Then I made some Frozen Breakfast ice cream, which would be a bit more radical if my typical breakfast was eggs, bacon, chips and beans. Or even toast and marmalade. But my current breakfast of choice is yoghurt, oats and honey; I put that in an ice cream maker and it was yummy. The freezing seems to bring out the sourness of the yoghurt, which I quite like. I toasted the oats a bit first in a dry frying pan to add a bit more flavour (which I don’t do at breakfast time), but I don’t think it was strictly necessary.

I suppose you could call it frozen yoghurt instead of ice cream, but that seems desperately 1980s to me. And it sounds a bit joyless and health-foody, which wasn’t the point at all. I certainly didn’t use low-fat yoghurt, which I think is the devil’s work.