This book apparently started as an attempt to get to the bottom of a particular news story which went around the world but turned out to be, broadly speaking, a load of cobblers: the Millennium Bug. Davies wanted to trace the process by which a story could start with such limited foundations and keep going round the world, gaining in momentum, and result in governments spending a fortune on what turned out to be a non-problem — as proved by countries like Italy, who didn’t bother to do anything about it and were just fine.

But the book ended up being a much broader condemnation of the news media’s systemic failure to do its their job properly: assuming you think its job is to tell us the truth about what is happening in the world.

Interestingly, the most common accusation — political bias in the interest of newspaper proprietors — actually comes fairly low on his list of worries. The Millennium Bug story is a good example from that point of view; it would take an exceptionally conspiratorial mindset to claim that it was whipped up because Rupert Murdoch had some kind of financial interest in it.

He suggests instead that the biggest single problem is more prosaic and more fundamental: that news organisations are understaffed. The logic of commercial efficiency has led to newspapers employing less people to produce the same amount of content: not just reducing the total number, but shedding particular categories like regional reporters and court reporters. Meanwhile the same process has happened at the local newspapers and wire services that were another source of stories to the national press. And something has to give. Forget real investigative journalism: simple fact-checking becomes a luxury.

And of course journalists don’t need to be malevolent or deceitful to produce bad journalism. They don’t need to actively choose to tell untruths; simply not caring whether something is true is bad enough.

So if the newspapers aren’t employing enough people to gather news properly, how do they find enough stuff to fill their pages? Well, the first source is wire services (the Press Association, AP, Reuters etc). At least those are real journalists, although they are overstretched themselves and only claim to offer accurate quotes rather than true fact-checking. But all the news outlets are getting their stories from the same wire services, so it doesn’t exactly produce variety. The whole system becomes one big echo-chamber.

And the other huge source of content is PR. A huge percentage of so-called ‘news’ is directly reproduced from someone’s press release. Isn’t that reassuring. 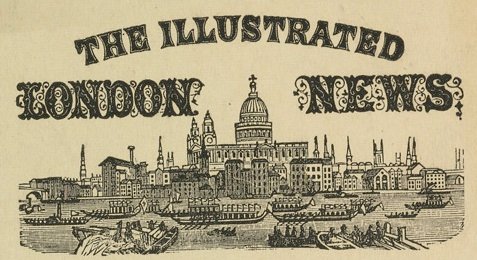 The book also gets into the world of government propaganda, including the truly staggering scale of CIA spending on media and propaganda during the Cold War (did you know the the CIA owned loads of foreign newspapers? I mean, seriously, what the fuck?) and the suggestion that the War on Terror has given them an opportunity to ramp up their activity again. It looks into the ‘Dark Arts’; i.e. illegal news-gathering activities by British newspapers, including but not limited to the phone-hacking which has been in the news lately. And there are some case studies of bad practice: the decline of the Sunday Times Insight team (key quote: ‘there are some journalists who would rather inhale vomit than work for Andrew Neil’), the failure of the Observer in the build up to the Iraq War (inexperienced editors seduced by their cosy relationship with Number 10 end up just parroting the government line), and the Daily Mail (for being the Daily Mail, basically, except that the racism of the paper is even more overt than I appreciated).

Anyway, it’s thought-provoking, interesting stuff. I’ve no idea how fair it is, but it all has the dismal ring of truth to me.