Until this morning I’d never heard of Michael S. Hart, but it turns out he invented the ebook and was the founder of Project Gutenberg. So it was sad to learn of his death.

I remember when Wikipedia appeared, it seemed like this was a great new model which would be applied to all kinds of as-yet unimagined things, that the internet would be full of brilliant resources created communally by volunteers in their spare time. 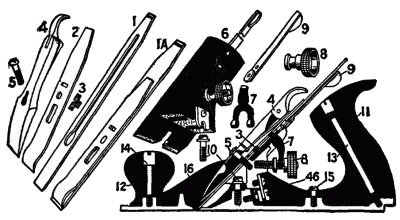 It turned out not to be quite as easy as that; you can’t just apply the Wikipedia model to everything. But Project Gutenberg is one of the great success stories, as remarkable in its own way as Wikipedia. Tens of thousands of out of copyright books of all kinds, from great literature to obscure C19th pamphlets, available for free to everyone: it really is amazing, and it’s amazing how quickly we come to take these things for granted. And if you’ve ever tried reading one of those ebooks from Google Books which has just been run through text-recognition software and left unedited, you get some sense of how much work must have gone into proofreading the 36000 volumes on Project Gutenberg.

One of the great things about Project Gutenberg is that Michael Hart had the foresight to set it up at a time when ebooks were still a niche idea. Now, as the Kindle and the iPad make the idea mainstream, this incredible resource is already there, ready and waiting.

» The illustration is from the Project Gutenberg EBook of Carpentry for Boys, by J. S. Zerbe.