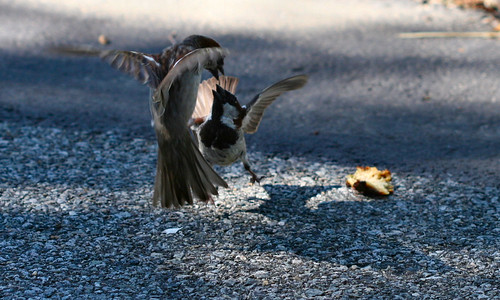 Well, we’ve got plenty of sparrows (house and song, both) around DC, and I can’t believe we’ve got fewer cats or phone towers! I wonder why they’re vanishing – it would be sad if all the little brown birds with big voices disappered.

I believe they’re also declining elsewhere – in the Netherlands for example – so any of the plausible-sounding environmental causes would need to apply there as well. Hopefully it’s just a temporary blip, but who knows.