Today’s painter is Rogier van der Weyden. This is, perhaps self-evidently, The Annunciation: 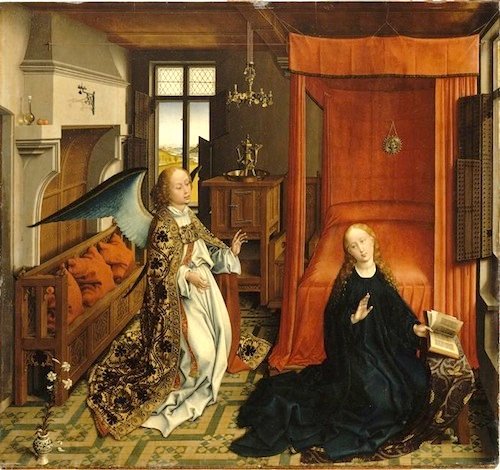 I have a real thing for the painters of the Northern Renaissance: Jan Van Eyck, Memling, Dürer, Holbein, Bruegel, Bosch, Cranach. In fact, I love medieval and renaissance art generally, and that certainly includes the Italians, but for some reason I have special soft spot for the northerners.

It’s appealing to think that there’s some kind of specifically northern European aesthetic, some kind of cultural continuity that stretches over five centuries to form a link between me and them… but that’s the kind of explanation that would annoy me if someone else came up with it. Apart from the fact that it’s too hand-wavy to actually explain anything, it doesn’t match the facts; there’s plenty of art and literature from southern Europe that I love, and plenty of northern stuff that bores me silly.

I guess it has something to do with the fact that the medieval influence lingered longer in the north; the paintings are gloriously well-painted and lavish, but they are still in a more constrained, stylised world. Something about that stiff intricacy appeals to me.

Here’s a detail from the same painting: 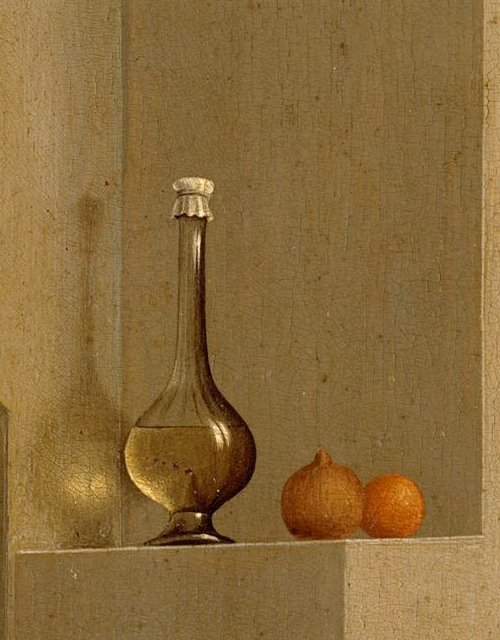 the paintings are gloriously well-painted and lavish, but they are still in a more constrained, stylised world. Something about that stiff intricacy appeals to me.
Yes, that’s it. Very well put.