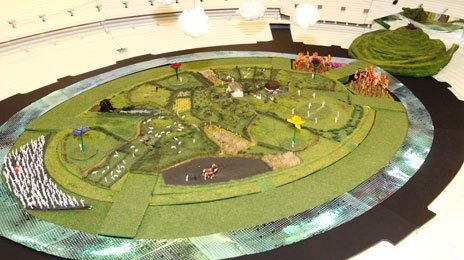 The worst opening act of any Olypics that I have ever seen… What a bore! I’m off to bed. Nite nite.