It’s going to be really interesting watching the Olympics unfold. There had already been rumblings, with the protests last year in Burma and pressure over Darfur, but protests in Tibet bring it that much closer to home. And as the Olympics get closer, and more and more media attention is focussed on Beijing, the Chinese government are only going to find it harder to control the news agenda. Though I’m sure they’re going to put a great deal of effort into the attempt. 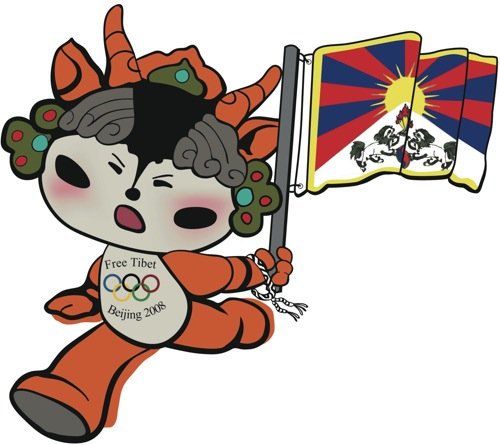 They have a knife-edge path to walk: they have no chance of getting through the games without at least a few difficult moments, but probably it will be no more than that. Western governments are not keen to start a confrontation, and while there will be a lot of media there, most of it will be the well-oiled machinery of bland, upbeat sports coverage, with its emphasis on lap times and human interest stories about plucky Britons just failing to win bronze medals. As long as the games themselves are running smoothly, Steve Cram and Sally Gunnell are not going to be spending much of their time in the BBC studio talking about China’s human rights record.

But with all that attention, there’s always that sneaking background knowledge that, thanks to the oxygen of publicity, if something does spark off, it could be very explosive indeed. I suppose the doomsday scenario would be something like large scale pro-democracy demonstrations in Tiananmen Square during the games themselves. If I was a Chinese government press officer, I think I’d be quite tense already.

» The defecting Tibetan Antelope mascot is from here.