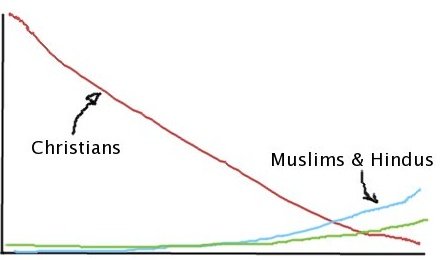 Well at least we in the invisible majority can rest assured that Cardinal Cormac Murphy O’Connor is exhorting the righteous to treat us with “deep esteem” (whatever that may mean – sounds ironic to me).

Am baffled that The Times has such an impoverished website.

Cardinal CMoC pissed me off this morning on the Today programme when he said, explaining why a lack of God is ‘dangerous’:

if you go just by reason, I think, without faith, without belief in God, you can imagine, uh, for instance, in the last century, some of the faithless or supposedly faithless societies, people like uh Hitler or Stalin, having a country which is, if you like, a God-free zone, uh a dictatorship ruled by reason – and where does it lead? to terror and oppression.

Equating godlessness with Stalin/Hitler is offensive anyway: but anyone who describes either of those regimes as ‘ruled by reason’ is either disingenuous or completely historically illiterate.

Pissed me off too, for the same reason. (I was being deeply sarcastic about “deep esteem” of course.) He is patronising beyond belief. That “Hitler or Stalin” trope gets trotted out so often it must be on the script from Vatican City.

Not just the Vatican, of course: it seems to be the currently fashionable argument from the creationist/intelligent design crowd—I don’t know if you’ve been following the current fuss over Expelled, but that movie apparently implies that Darwinism leads to Hitler. Hooray for intellectual rigour.