I went to see Skeletons, directed by Nick Whitfield. The IMDB blurb says ‘two exorcists literally remove the skeletons from the cupboards from people’s homes’, which is a particularly daft thing to say since there are no literal skeletons involved — though there are some literal closets. And ‘exorcists’ isn’t quite accurate either, but it gives you the general idea: there is something spooky going on. 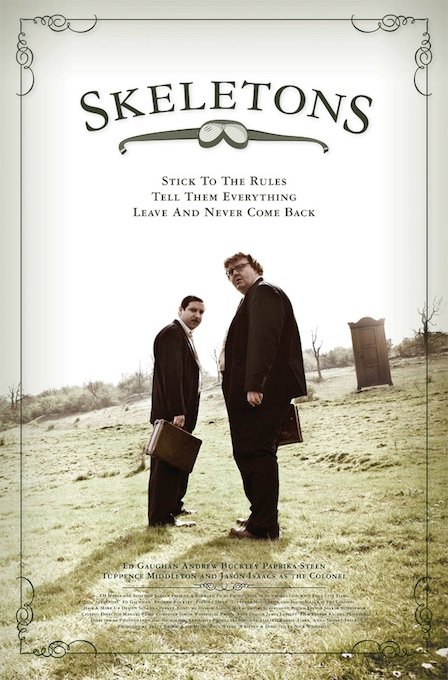 It’s darkly comic, moving, understated. It’s hard to know what to compare it to: some people have suggested Withnail and I; I found myself being reminded a bit of Delicatessen. I’m not sure it’s an instant classic, but it’s definitely worth seeing. Any film which is thoughtful and shows real originality has to be worth a plug, especially perhaps a small British film.

Because it is a low-budget film, it’s currently on a limited release in the UK, so catch it while you can. Or if you’re in some other country where it may not get a release, watch out for the DVD.