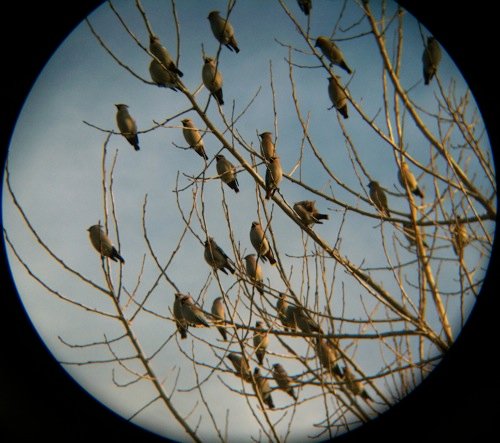 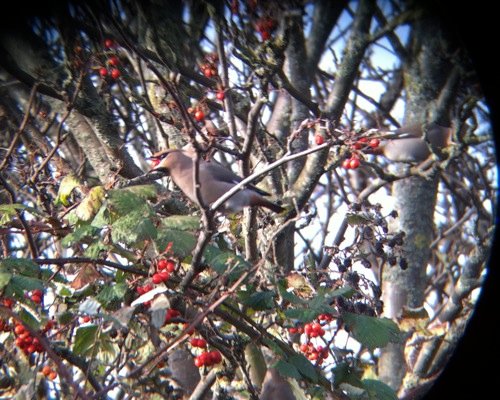 I’ve gotta go there tomorrow to meet mother for the exchanging of the gifts. I’ll see if I can talk sense into the birds and get them to move 80 miles west.

They’re turning up all over the place at the moment. Check out any tree with berries on, particularly rowan: you never know your luck. If you fancy a little twitch, you could check out birdforum.net and I’m sure someone can point you to somewhere they’ve been seen near you.

The garden is awash in cedar waxwings this week, along with dark-eyed juncos and Steller’s jays. It makes for lovely but horribly noisy days. Hard to say whether the cats or the hummingbirds are more upset by the bird festival, but it’s fun to watch the hummers try to chase off the jays while the cats run about from window to window in utter panic.