I’m feeling ill today — perhaps I managed to poison myself with homemade chicken soup — so I thought perhaps I’d see if could find a painting with a medical theme. So here’s a cracker by Hieronymus Bosch, known as The Extraction of the Stone of Madness or The Cure of Folly. 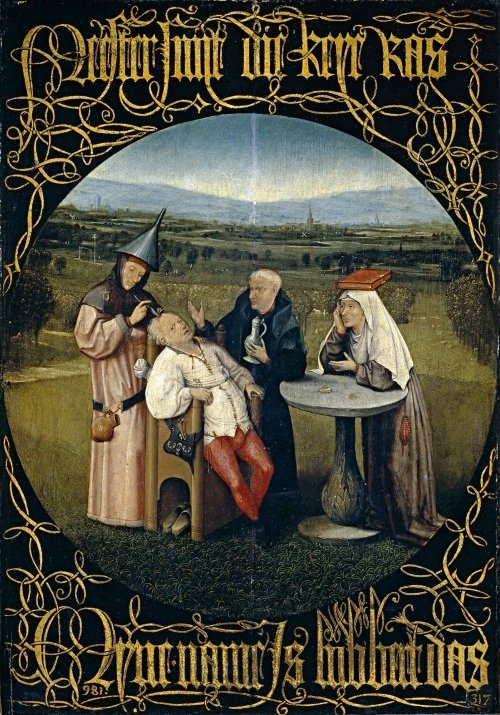 Which apparently means ‘Master, cut away the stone / my name is Lubbert Das’, Lubbert Das being the name for a fool in Dutch literature.* 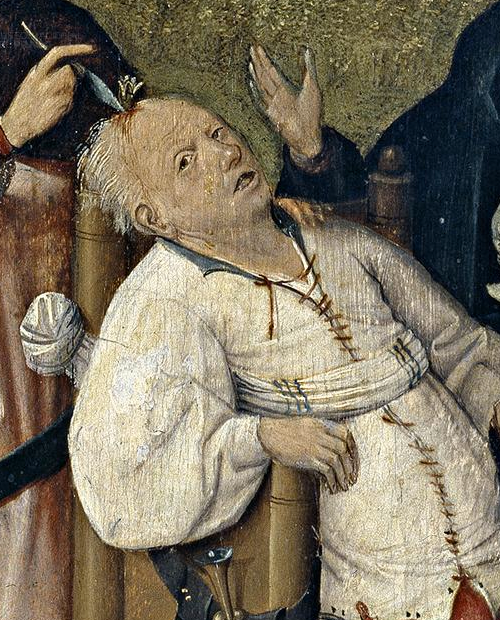 It is presumably allegorical of something, but The Prado and Wikipedia disagree about what it means. I don’t think I care, though. It’s a striking image, and that gold calligraphy is just astonishing.

* This name is sometimes translated as: ‘Castrated Badger’.