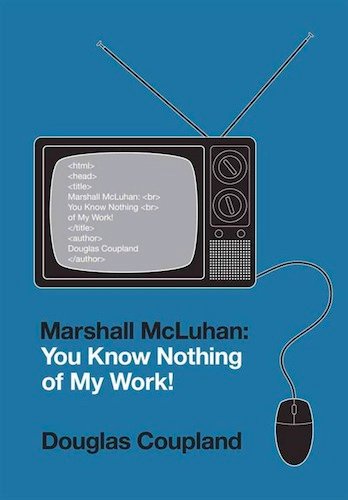 2 replies on “Marshall McLuhan: You Know Nothing of My Work! by Douglas Coupland”

For those of us too dim to have heard of McLuhan and too lazy to google – what did he write?

He was a cultural theorist, one of the first academics to talk seriously about popular culture and the influence of technology and media on society. His most famous quote is that ‘the medium is the message’. That and the idea that faster communication was creating a ‘global village’.