The day after London won the right to host the Olympics was the day of the 7/7 bombings, and I always felt we were cheated of a chance to enjoy the moment.

The news of the attacks rightly took precedence over pictures of Jacques Rogge opening an envelope. The violent deaths of ordinary Londoners, the grief, trauma and fear as well as the politics: those were more important. 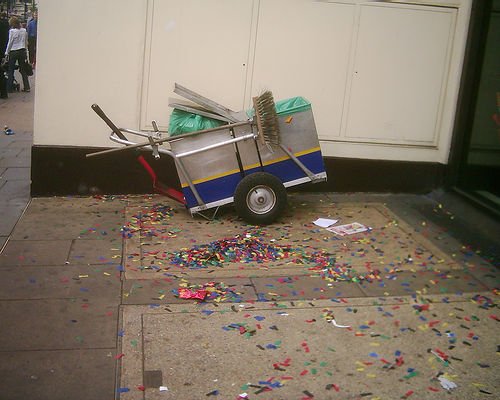 But still, it was an immediate cold shower on what could have been a moment of optimism, joy and excitement. No one was in the mood to celebrate.

And ever since, I’ve been trying to hold on to the anticipation and enthusiasm that I felt when we first won the bid. It hasn’t always been easy.

There’s the logo which, despite all my best attempts, I have not come to love. There was the chaos of the ticketing. The hectoring posters telling people to stay at home during the Games to reduce pressure on the transport network. The aggressive brand management that’s too humourless to let local bakers make iced buns decorated with the Olympic rings. The Ministry of Defence turning up unannounced to mount anti-aircraft defences on peoples’ houses. The ludicrous corporate tie-ins: ‘official cereal snack bar supplier of London 2012’. The fact that the Olympic park is going to contain perhaps the most depressing-sounding building imaginable: the world’s largest McDonalds.

Above all, perhaps, there’s the sheer cost of the thing. Because the financial crash, the subsequent government cuts and the continuing crappy economy make it harder than ever to be glib about the idea of spending billions of pounds on a fortnight’s sport.

The thing is, though, that even though all those criticisms are fair — in fact, especially because those criticisms are fair — I just find myself wanting to say ‘Look, we’re committed to it now, it’s going to happen, please can you stop spoiling it for me. Please can you just let me enjoy it.’ And I’ve nearly unfollowed a couple of people on Twitter because whenever I’m scrolling through and I see their stern, hard-headed comments about the Olympics, it makes me die a little inside. Pathetic, I know.

Bread and circuses. Those Romans knew what they were doing.

» The picture of detritus in Trafalgar Square, from the celebration of London winning the bid on 6th July 2005, is © Ben Sutherland and used under a CC attribution licence.