As I mentioned in BOTY:BPIASR, I’ve been a bit slow about this because it wasn’t a particularly interesting year for birds.But there were a few things worth a shout-out, including some I’d forgotten — I’m not very efficient with the records.

Last year waxwing was my Bird of the Year, and I could do worse than go for the same again, because in January the great waxwing invasion was still going strong and some of them turned up near my house, to give me more amazing views of what is after all an amazing bird. I’ve got the crappy pictures to prove it: 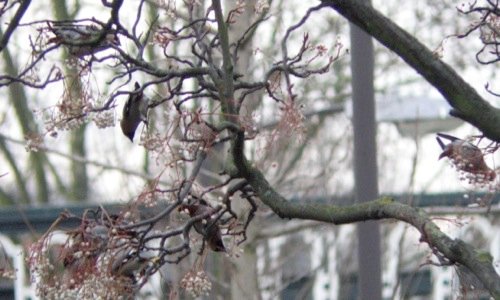 But it seems silly to give it to the same bird two years running.

I had a trip to Provence, but it was really out of season for most of the classic Mediterranean species, so I didn’t see much there, apart from lots of black redstarts and a couple of pied flycatchers.

A few trips to the Lee Valley have been very nice without throwing up anything earth-shattering. While it was wintry at the start of the year I saw some lovely smew and great, if brief, views of a bittern. Later in the year I got the usual Cetti’s warbler, nightingale, and hobby, and saw the very obliging kingfishers at the Rye Meads reserve.

Bookham Common provided me with marsh tit and bullfinch, as well as small tortoiseshell, white admiral and silver-washed fritillary, while continuing to frustrate my attempts to find purple emperor or lesser-spotted woodpecker (although, spoiler alert for BOTY 2012).

A couple of trips to the north Kent marshes gave me red-breasted mergansers, yellowhammers and bearded tit, as well as the usual shedloads of waders and ducks (curlews and oystercatchers and godwits and plovers and avocets and shelduck and teal and what have you… it’s a gorgeous place. Boris is a complete fucking philistine for wanting to turn it into an airport).

And on a jaunt down to the coast, to Rye Harbour, it was great to see the breeding Mediterranean gulls, little terns and Sandwich terns, as well as lesser whitethroat, although I managed to pick one of those days when it’s glorious sunshine but you have to walk at an angle to stay upright against the wind.

On the listing front… I don’t think I added anything to the garden list this year. A ring ouzel at Rainham Marshes was certainly a London tick, as was a Ruff at Barnes. Scaup was one for the British list. And I just had a couple of lifers this year. One was mealy redpoll, at Barnes. The other was woodcock, in Richmond Park, as well as a Tufted Duck × Ring-necked Duck hybrid which is sort of half a tick.

But my Bird of the Year is something I’ve seen plenty of times before: in Wales, in the Alps, in Arizona. Even so, when I was walking on the South Downs and heard that amazing grroonk sound that meant there was a raven nearby… that was my most exciting bird moment of 2011. 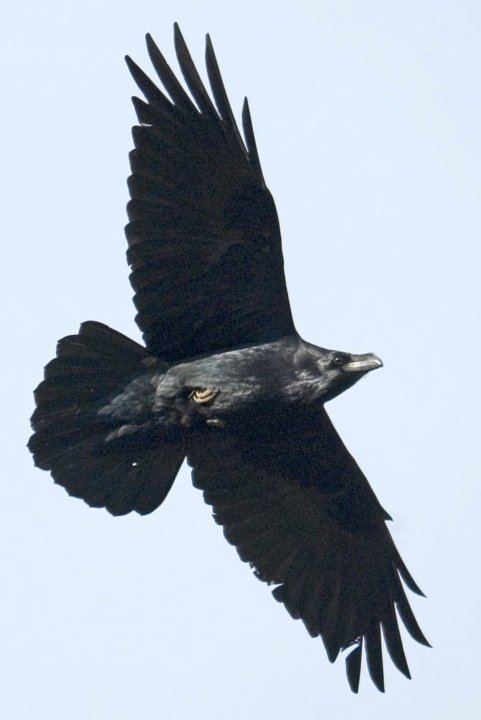 Ravens are wonderful birds; they’re huge (four foot wingspan!), jet black, and with a beak that looks like it could punch a hole in a car door… or make short work of your fleshy parts, given the chance. They’re intelligent and playful; you see them indulging in aerobatic tumbling, apparently just for the fun of it. And that amazing atmospheric sound:

Given their general awesomeness, it’s not surprising that they’re so culturally resonant: the ravens of the Tower of London; the ravens feeding Elijah in the wilderness; the two ravens Huginn and Muninn (Thought and Memory) who flew out every day to bring back news to Odin; and in some Native American mythologies, Raven the trickster god who created the world. 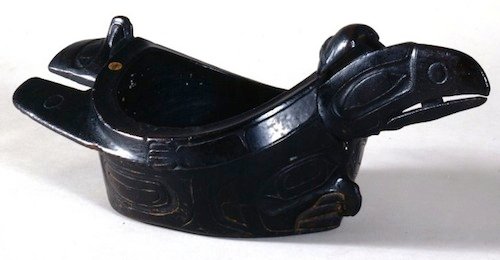 But the reason I was so excited to see one was simply that it came as a complete surprise. Not very long ago, and certainly when I started birdwatching, you had to go to the wilder parts of this country to have a chance of seeing ravens: mountaintops, windswept moorlands and craggy sea cliffs.

And so in my mind they are birds of wild places; but actually it was just that they had been hunted, trapped and poisoned by farmers and gamekeepers. And since I only keep up with bird news casually and sporadically, I was only vaguely aware that, like a lot of our predatory birds, better legal protection is allowing them to make a comeback. So that grroonk was a total shock and a happy surprise. Just as I never thought I would see peregrines over central London, I never thought I would see ravens over the South Downs.

So there you go. Raven is my winner of Bird of the Year 2011. Congratulations to the raven, and thanks to Leo called me that day and suggested it was a nice day for a walk.

» The raven photo is © Sergey Yeliseev and used under a CC by-nc-nd licence. The alder wood bowl in the form of a raven is from the British Museum; it was made sometime in the C19th by the Haida people of British Columbia.

That’s an impressive haul, and I’m envious of your ability to id the songs and calls. I didn’t know ravens were making a comeback.

All your waxwings are upside down…

I’m actually pretty bad with bird calls, although I’ve been trying for the past year or two to improve. Being able to put lots of bird songs on an iPod helped a lot.

The waxwings completely stripped that tree of berries in two days.