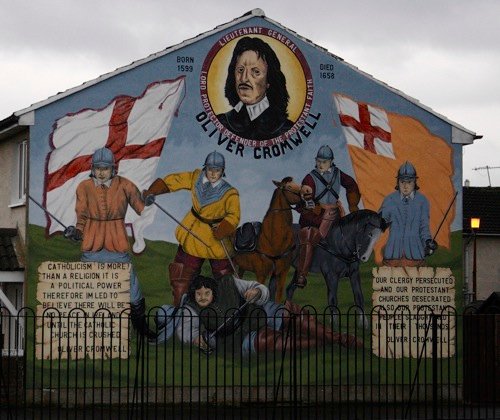 5 replies on “The Century of Revolution by Christopher Hill”

One book on the civil War that I enjoyed very much is The World Turned Upside Down, by Christopher Hill. Lots about Ranters, Levellers, Diggers, etc. I’ve read a couple books about the decline of the belief in magic in England during that century, too, but I can’t recall the titles. A great time to read about, but one in which I am glad not to have been born.

Yup, I picked up one by Hill after having specifically asked for recommendations for books by historians who could write for a more general audience; I’m only reading this stuff for fun, so I want something fairly accessible. And it’s a well-written book, but at about three pages per year it has to keep on moving the whole time. I’m still considering picking up one of his other books, in fact, but as I say, first things first.

A great time to read about, but one in which I am glad not to have been born.

Supposedly the Chinese have that curse: “May you live in interesting times”. Given how accurately Chinese proverbs normally enter the English tradition, it probably turns out that what they really say is “May watermelons laughingly eat your trousers”, but the basic point holds.

I kind of doubt the Chinese ever had such a proverb. The belief in rebirth never really took hold, even among Chinese Buddhists.

I see the Wikipedia has an article about the saying, itself of doubtful authority. “One theory is that it may be related to the Chinese proverb, ‘It’s better to be a dog in a peaceful time than be a man in a chaotic period.'”

I wonder if there are any genuine Chinese proverbs that are regularly quoted in English.