I heard about The Book of Khalid because last year was the centenary of its publication, and there was a burst of publicity to celebrate it as the first Arab-American novel. There’s a fuller biography of Rihani here, but here’s the snapshot version: Ameen Fares Rihani was born in Lebanon, but the family moved to New York for business when he was eleven. He moved back to Lebanon at 23 for health reasons [and later back to New York and back to Lebanon again] and he wrote books in both English and Arabic — The Book of Khalid being one of those written in English.

Obviously it occurred to me that I could read The Book of Khalid as my book from Lebanon for the Read The World challenge, and it’s out of copyright, so I downloaded the ebook from Project Gutenberg. But there are quite a few contemporary Lebanese writers available in English translation, and I was also considering those. So I didn’t get round to reading it until a few days ago when I was looking at my Kindle, wondering what to read, and thought I might as well give it a go. 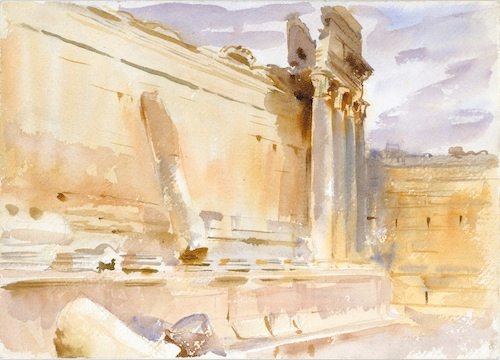 And I have to say that I was immediately quite impressed; it struck me as more interesting and more modern than I was expecting.

It is the story of Khalid. He grows up as a muleteer in Baalbek in Lebanon, and raises enough money to move to New York; while living there he becomes an autodidact, reading literature and philosophy from second-hand books, and moving in various interesting New York circles; later he moves back to Lebanon and becomes a bit of a philosopher and political activist. Quite a lot of it is clearly somewhat autobiographical from Rihani: self-education in a basement in Brooklyn, and a period of asceticism in the mountains of Lebanon, for example.

The book is written in the voice of someone who has found an autobiographical manuscript written in Arabic by Khalid, but who is also working from another account written by Khalid’s friend Shakib. Large chunks of the novel are supposedly directly quoted from these manuscripts, but they are tied together by the unnamed ‘Editor’, who (i) is presumably responsible for the translation into English; (ii) tells quite a lot of the story as a third person narrative; and (iii) provides a certain amount of running commentary, which is frequently sceptical or at least slightly sardonic.

So you have Rihani writing the ‘autobiography’ of a character who is clearly a poorer, less sophisticated version of himself, with commentary provided by that character’s more conventional, earnest, slightly comical friend, and then commentary on both of them from a worldly and distinctly patronising Editor. You can see why I think it feels modern. 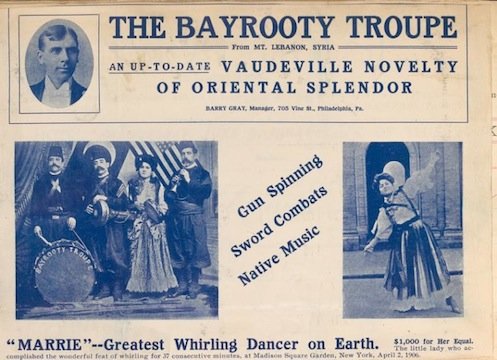 It also makes me unsure how to unpick the prose style. It is distinctly flowery by modern standards; this obviously reflects changing literary fashion, but I wasn’t sure whether it was also a stylistic device as part of the characterisation of the Editor. Some of the vocabulary in particular — umbrageous, stivy, nephelococcygia, propylon, steatopygous, edacious — makes it seem like a parody of a certain kind of writing. Or take these little passages. This is commentary from the Editor:

This leisure hour is the nipple of the soul. And fortunate they who are not artificially suckled, who know this hour no matter how brief, who get their nipple at the right time. If they do not, no pabulum ever after, will their indurated tissues assimilate. Do you wonder why the world is full of crusty souls? and why to them this infant hour, this suckling while, is so repugnant? But we must not intrude more of such remarks about mankind. Whether rightly suckled or not, we manage to live; but whether we do so marmot-like or Maronite-like, is not the question here to be considered.

‘If they do not, no pabulum ever after, will their indurated tissues assimilate’ is a particularly magnificently baroque sentence. This is a bit from Khalid himself:

“Here, where my forebears deliquesced in sensuality, devotion, and grief, where the ardency of the women of Byblus flamed on the altar of Tammuz, on this knoll, whose trees and herbiage are fed perchance with their dust, I build my athafa (little kitchen), Arab-like, and cook my noonday meal. On the three stones, forming two right angles, I place my skillet, kindle under it a fire, pour into it a little sweet oil, and fry the few eggs I purchased in the village. I abominate the idea of frying eggs in water as the Americans do.1 I had as lief fry them in vinegar or syrup, where neither olive oil nor goat-butter is obtainable. But to fry eggs in water? O the barbarity of it! Why not, my friend, take them boiled and drink a little hot water after them? This savours of originality, at least, and is just as insipid, if not more. Withal, they who boil cabbage, and heap it in a plate over a slice of corn-beef, and call it a dish, can break a few boiled eggs in a cup of hot water and call them fried. Be this as it may. The Americans will be solesistically simple even in their kitchen.

Now surely it’s an intentional bit of mock-heroic styling to counterpose the highflown stuff about ‘women of Byblus’ and ‘altar of Tammuz’ and the kvetching about American eggs. Especially since the passage is footnoted thus:

1. Khalid would speak here of poached eggs, we believe. And the Americans, to be fair, are not so totally ignorant of the art of frying. They have lard—much worse than water––in which they cook, or poach, or fry—but the change in the name does not change the taste. So, we let Khalid’s stricture on fried eggs and boiled cabbage stand.—Editor.

Apart from the tricksy book-within-a-book structure of it, the other modern echo is political. It is an account of a young Arab man visiting the West, becoming disenchanted with it, returning to Middle East and calling for a return to a purer, more spiritual form of Islam: he sees Wahhabism as the great hope, which slightly startled me. Not that Khalid shows any signs of becoming a terrorist or even, really, a religious extremist; but still, that parallel is there. Of course it’s a pattern which has repeated many times over the centuries: responding to a decadent society by calling for a purer form of Islam to come out of the desert.

The most striking coincidence comes when he is advocating the overthrow of the oppressors and says “It is the beginning of Arabia’s Spring” — even if in this case the oppressors are the Ottoman Empire rather than Mubarak or Gaddafi or American imperialism.

It’s an interesting book. I found it a little hard going in places — there are some long discussions of religio-politico-spiritual-cultural matters where the elaborate prose style really started to drag, and bits where the book loses forward momentum a bit — but there were also bits which were lively and clever and engaging. It was certainly worth reading.

» The watercolour of the Temple of Bacchus at Baalbek in Syria is by John Singer Sargent and is from the Metropolitan Museum of Art; the advertisement for the Bayrooty Troupe is from the New York Public Library.

One reply on “The Book of Khalid by Ameen Rihani”

Happy to see you’ve picked up on the Book of Khalid, and I enjoyed your review. Just so you know, it’s going into republication by Melville House in May. You might be interested in my much shorter review in this month’s issue of The Brooklyn Rail. http://www.brooklynrail.org/2012/03/books/resurrected-fiction