There’s a post over at FiveThirtyEight suggesting, basically, that since first past the post tends to lock us into a two-party system, the Lib Dems could take the pragmatic (i.e. deeply cynical) decision to quietly drop the issue of voting reform and instead concentrate on cementing a place as the major left wing party in a two party system. In other words, to do to the Labour party what the Labour party did to them ninety years ago.

Personally I think that, ethics aside, if the LDs actually had a real chance of getting proportional representation and turned it down, it would be a HUGE gamble; the current Lib Dem surge seems just as likely to be a temporary blip as a long-term shift in the political landscape.

It did remind me, though, of having the same line of thought myself as a schoolboy back in the 80s. The Labour party was in the political wilderness and seemed completely out of step with the zeitgeist. The Liberals, or the SDP-Liberal Alliance as they then were, seemed a party on the way up, gaining vote share and seats in parliament — though thanks to FPTP, not very many seats. And I was learning about the history of British electoral reform in history lessons: the 1832 and 1867 Reform Bills, and suffragettes and suffragists and so on. Which I was finding deeply boring. 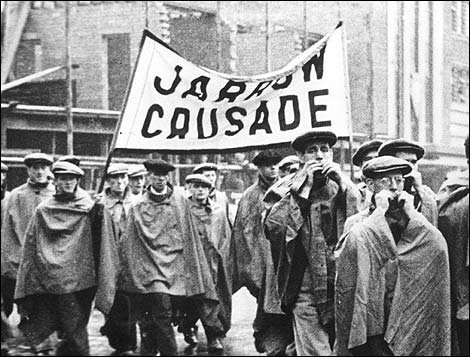 But in those lessons I learnt about the origins of the Labour Party in the unions, the extension of the franchise to the working class, the Jarrow Crusade and the General Strike, about the campaigns for better working conditions, for state pensions, and education, and the start of the welfare state. And since by the 1980s those historical battles had generally been won — not that it was a workers’ paradise, but we did at least have health and safety laws and a welfare state — it seemed possible that we were at the start of another great shift in British politics, as the Labour party lost its relevance and the Liberals filled the void.

But of course it didn’t happen; the however shambolic the Labour party were, the Liberals never managed to convert their share of the vote into enough MPs to matter. The Tories just kept winning election after election on a minority share of the vote, and in the meantime, the Labour party reinvented itself, explicitly cutting the connection to their old socialist principles and becoming almost exactly the same kind of left-flavoured centrist party as the Liberals. And the Tories eventually became so disliked that Labour won by a massive landslide and even now they are struggling to win an election, after 13 years of Labour government that included an unpopular war and an economic collapse.

The thing is, I still think that my original schoolboy analysis was, largely by chance, quite plausible; traditional socialism was on its way down, free-market economics was going to be the orthodoxy for a couple of decades, and Britain was no longer the largely industrial economy that spawned the Labour movement. Surely it was the logical moment for the Labour party to collapse. Instead, here we are at a time when free-market economics has taken a battering, and really it’s only the accident of history that it is the Labour party that is getting punished. There is no grand historical logic that I can see to this being the Liberal moment.

I don’t say that as an argument that it can’t happen, although I do think it makes it less likely. One way or another it’s just a weird moment in UK politics.

One reply on “A permanent swing to the Lib Dems?”

Great post. I’ve been wondering about this Lib Dem upswelling too, not only if they’re replacing Labour but also if they represent any real change. I’ve decided that it’s worth finding out, even a coalition government may be enough of a wake up call to change the status quo.