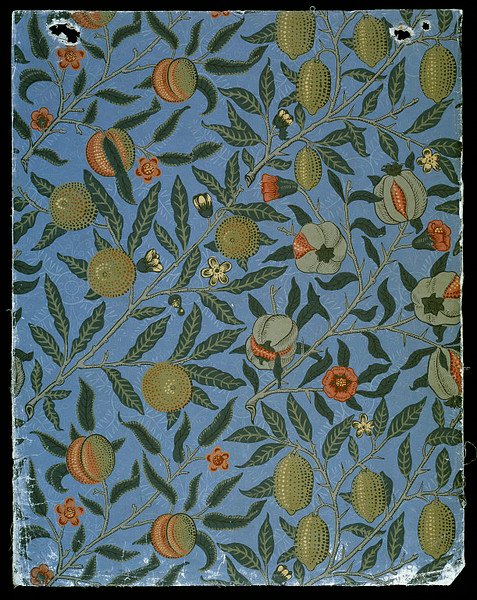 On the desk in front of me are a computer and an external hard drive for backup. The computer is a 24″ aluminium iMac from 2007, and the hard drive is a Western Digital My Book Pro from about the same time.

The iMac is 4 years old, so the novelty value has long worn off, but I still get a degree of satisfaction from looking at it: it’s an obviously high quality object, well-made and well-proportioned. The design, with the whole computer and screen suspended from an angled metal foot, might be precarious if it was done badly; but in fact it is solid as a rock, and the angle of the screen adjusts easily but stays where you put it. The Apple logo on the front is the same glossy black as the screen surround and contrasts with the soft, non-glossy brushed aluminium of the body.

The hard drive is designed in broadly the same style: it’s a plain metal box formed out of rounded rectangles, with a simple glowing blue ring on the front. But the metal doesn’t have the same quality of finish as the computer: it’s greyer and slightly shinier, and it’s held together by an ugly plastic rim that immediately makes the whole thing look cheap. And it’s flimsier, and it’s been manufactured via a cheaper process; I think the iMac was machined out of a block of aluminium, whereas the hard drive looks like it was made by bending sheets of metal into shape. And the logo etched onto the side is a bit ugly. And the grille on the top is cut with an odd pattern of square holes and slots which is presumably intended to be attractive but just looks like design for the sake of design. And having managed to find, download and install the right driver to make the button on the front work, it now communicates with me via an arbitrary and completely unintuitive system of flashing lights: if the light is going round in a circle, that means one thing; flashing means something else; a steady light means something different again. If I ever need to know what they mean, I look it up in the manual, then immediately forget again.

Don’t get me wrong, the Western Digital drive is entirely good enough for my purposes and I would cheerfully recommend it to a friend. And despite my nitpicking, it’s not a hideous object, it’s a normal-looking bit of consumer electronics. I’ve seen much worse. But when Apple made the iMac, they didn’t settle for ‘good enough’, ‘not hideous’ and ‘normal looking’. They made something excellent.

I know Steve Jobs didn’t personally design my iMac. The credit for that has to go to Jony Ive and his team. But Jony Ive was already at Apple before Jobs came back, and the company wasn’t winning any design awards. And I bet there are talented designers working at Samsung and Nokia and Sony and even Microsoft. But what Jobs did was create the environment where design is able to survive. He made sure that the good work of designers was not always being undermined by the pressure to ship products quicker, to make them cheaper, to include badly-executed features so you can list them on the box. I bet there are amazing, beautiful prototypes sitting in labs at HP and Sony and Samsung; but at Steve Jobs’s Apple they were still beautiful when they reached the customer.

William Morris said ‘Have nothing in your houses that you do not know to be useful or believe to be beautiful’. Under Jobs, Apple made products that were more beautiful — something that seemed to irritate a lot of technology people, who apparently regard the quest for beauty as suspicious and potentially subversive. But they also made products that were more useful, because Jobs understood that it doesn’t matter how many things a device can do; it only becomes more useful if you actually use it, and you only use it if it’s easy enough to use.