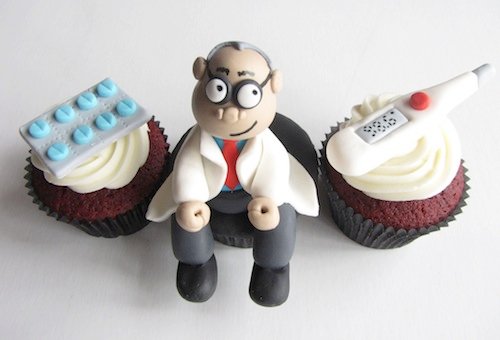 I went to the doctor today about a sore throat; he took a quick look down my throat, made me go aah, asked me where it hurt, and recommended that I just wait for it to get better.

Which is both reassuring — I’m glad he didn’t take one look down my throat and gasp in horror Oh my God, what is that thing? —  and curiously disappointing. Because, you know, you want your doctor to do some doctoring.

He obviously understood this, because he offered to write me a prescription for antibiotics if I really wanted, while making it very clear that he didn’t think I should use it.

Ridiculous though it is, I almost would have been happier to be given some pills which I knew were a placebo and told to take them three times a day. The swine flu outbreak had me thinking: presumably the very nature of infectious diseases means that, if you want to beat them, you have to act fast and take large-scale measures. You have to act, every time, as though this one is The Big One because if it is, then time is of the essence. But of course it means the authorities are open to accusations of needless alarmism and crying wolf. This is the third ‘pandemic’ this decade, after SARS and bird flu; how many times can we have these alerts before people stop taking them seriously?

Although as long as governments keep taking them seriously, perhaps it would be no bad thing if the media treated them more as routine news stories and less like the first horseman of the apocalypse had just appeared.

I’m assuming, btw, that the swine flu is not going to be the pandemic that kills us all. I hope I’m not tempting fate.

» The photo is ‘Padrecito Posero’, © Eneas De Troya and used under a CC attribution licence.