This recipe is my attempt to reconstruct a dish I had in Crete. I don’t know if it would pass the Greek grandmother test, but it’s probably close enough that she’d recognise what it was attempting.

Grate the courgettes, salt them, and leave in a colander for half an hour. Then squeeze out as much of the juice as possible.

Crush the garlic, chop the onion, herbs and feta, and mix it all together with the courgette. Season it (though remember the feta is quite salty). Form this mixture into little patties, flour them and fry them in olive oil. You can also just eat the raw mixture by the spoonful; it would make a nice salad in its own right.

A couple of notes: I pan-fried them in quite a couple of millimetres of oil; you could probably deep-fry them if you prefer. Handle them carefully and don’t poke them around too much, because there’s not much in the mixture to bind it together. Make sure there’s enough flour on them, because it helps them colour up and hold together. And make sure the oil is reasonably hot; you want the outside browned but the inside still green and fresh-tasting.

These were good, and certainly similar to the ones I had in Crete, though not quite the same, somehow. If I was going to change one thing I might put in marginally less feta, to let the green flavours come through better.

The last of the three locations in Crete that I bio-blitzed was the Lasithi plateau, where I was from the 27th-28th of April. The plateau is just the prettiest place in the world, as well as providing some good birding for me. Apparently, it’s formed by the build-up of silt from the surrounding rivers creating a little flat fertile area high in the mountains. It’s like someone has taken a little slice of Holland nine kilometres by five and placed it 840m up in the middle of Crete. It even has windmills—little ones for pumping water, since although it floods in winter, in summer it gets dry enough to need irrigation.

Spring was a bit less advanced here; whereas on the south coast the flowers were looking a bit sun-blasted, here they were absolutely amazing. Real alpine meadow stuff anywhere there was enough room for it; higher up the mountain, where it got really rocky, lots of tiny little flowers growing amid the rocks. I was particularly pleased to find about 7 species of orchid.

Which makes it slightly embarrassing to admit that I didn’t actually blitz the flowers; I did have a couple of flower books with me with that in mind, but I found I was only able to ID such a small proportion of them to the species level that my list would have been seriously unrepresentative. So I’ve just got a bird list. The bird I was most pleased with was Wryneck, but there were lots of good things. The list appears below, but first, a selection of photos. The first three (the wheatear, lark and warbler) weren’t actually taken on the plateau, but they were at least taken while I was in Crete.

You can either navigate using the strip at the bottom or just click on the photo to see the next one in the set.

That barn owl bio blitz button is derived from a photo on Flickr by Nick Lawes used under a by-nc-sa licence; the button is available under the same licence. Not that there’s anything wrong with the Jennifer’s BBB buttons, but I wanted something to match my colour scheme. I’ve posted a few thoughts on the books I read in Crete (a couple of novels by Kazantzakis, some Marquez, Seferis, books on the Battle of Crete and resistance, Aristophanes), which can be found via my ‘What I’ve been reading’ page. 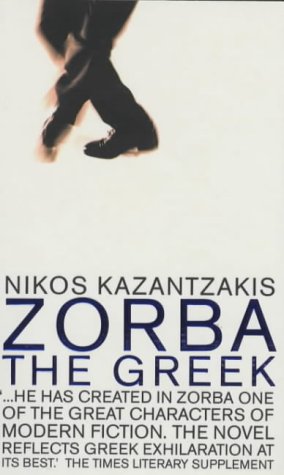