The Beautyful Ones are Not Yet Born is a novel set during the last days of the Nkrumah government in Ghana. It’s about a man resisting corruption, quixotically in the view of most of those around him. The scathing portrayal of a corrupt society is all the sharper because of the contrast with the optimism that came with independence; it’s a novel, among other things, about the loss of hope. A kind of Animal Farm of post-colonialism. 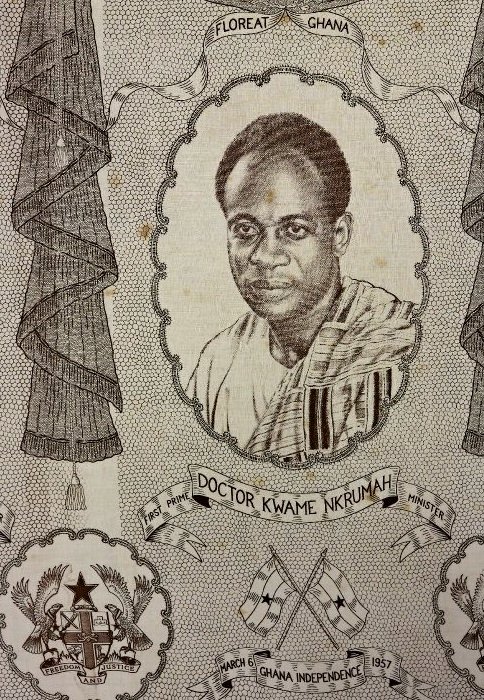 It’s a slim book, less than 200 pages, but it took me quite a long time to read because it required focussed attention: eventually I took it on a long train journey where there were no distractions. It’s just densely written, with detailed, closely observed descriptive passages that are very effective; but also with some convoluted sentences that simply do not allow for skimming. This is the kind of thing:

But along the streets, those who can soon learn to recognize in ordinary faces beings whom the spirit has moved, but who cannot follow where it beckons, so heavy are the small ordinary days of the time.

I know it’s hardly Finnegans Wake, but it’s a bit of a speed bump when you’re reading.

Incidentally, the cover of the Heinemann edition really seems like a terrible choice for a novel which is dark and spiky and intricate. I should know by now: don’t read too much into the cover design. But I think it’s unavoidable that it affects your expectations, and I was really startled by the mismatch between the cover and the content.

The Beautyful Ones are Not Yet Born is my book from Ghana for the Read The World challenge. I tried to find a short passage to quote to give you a flavour, but it doesn’t really lend itself to quoting. So I’ll just say it’s sharp, bitter, evocative, sometimes for my taste slightly overwritten, but more often beautiful.

» The picture is a detail of a cloth printed in the 1950s to commemorate Ghanaian independence, from the British Museum collections.